In Person and Online!

Congrats to all the Teams!

Thank you to all who participated. We hope you had fun! It was great to see so many of you in-person at the showcase.

A big shout out to our festival winners.

Tune in here tonight, May 11th @ 6:30pm EST for the announcement of the Audience Favorite Award winner.

After two years online, SOCAPA and Catamount Arts' much-anticipated-annual Film Slam is going hybrid with both in person and online components!


We miss the camaraderie of our local teams; the joy of meeting new teams; and the excitement of gathering together as a community to celebrate and watch your films. Therefore, we will be holding an optional, masked and distanced, in person kick off event at the Catamount Arts 24,000sqf ArtPort. Teams can size up the competition; share war stories; or offer advice to new comers while celebrating a returning to some in person activities. Attending teams will draw their required genre element live. (Please be familiar with Catamount Art's Covid-19 Event Policies before planning to attend. Policies are subject to change based on prevailing health conditions.)


For teams participating virtually, the kick off will be live streamed here, as well as instructions for drawing your genre requirement.


In addition to our competition wide Awards Watch Party, a local NEK screening will be held at the ArtPort immediately following the completion of the 72hrs! Expect local awards and speakers. More details TBA.


The official festival wide awards ceremony will be presented by our judges at the Awards Watch Party here on May 8 @ 6:30 pm EST!

STAY SAFE: Everyone wins when we stay safe. Please follow all your local health guidelines when making your films. With two film judging brackets, COMPETITIVE and FAMILY FUN, we want everyone to tap into their inner filmmaker and make a movie while staying safe!

As always, the event is FREE to all! But please do consider a donation to Catamount Arts. Catamount has had to temporarily close their doors for the first time in their 45 year history of supporting community arts and independent film in Vermont's Northeast Kingdom. With your support, Catamount Arts will be here after the crisis, doing their part for our community’s recovery. Make a Donation

We encourage teams to register as soon as possible to get “early bird” notifications of Required Script Elements.

"The Kat Whisperer"
Team: The Reaperz

Required Script Elements!
(You must include these prompts in your film in order to qualify for prizes.)
1st Prompt
Include a map of any kind
2nd Prompt
An outside noise interrupts the action
3rd Prompt
Protagonist gets new life-changing information

Bess O’Brien is a Vermont filmmaker and theater director known state-wide for her challenging, insightful, issue-driven documentary films. Her latest film Coming Home, is a documentary film focused on the lives of five people returning to their Vermont communities from prison. The film spotlights the innovative COSA program—Circle of Support and Accountability—which helps reintegrate former prisoners back into their daily lives. Other films by O’Brien include All of Me, a film on body image and eating disorders, The Hungry Heart, about prescription drug crisis in Vermont. Ask Us Who We Are, a powerful documentary about foster care in Vermont, Journey into Courage about women in the Northern part of Vermont who survived domestic violence and sexual abuse, Where is Stephanie? about the murder of a young girl in Rutland, VT, and Here Today about Vermont families struggling with heroin in their lives. She is also the director/producer of the highly acclaimed feature film Shout it Out based on the lives of Vermont teens and the original Voices Project live musical.

Bess O’Brien co-founded Kingdom County Productions with her husband Jay Craven in 1991. Her most recent work, The Listen Up Project, is an original musical based on the lives of Vermont teens. Youth musicians and actors came together at Lyndon Institute during the summer of 2021 to derive and then tour the musical state-wide. More at listenupvt.org

Native to the NEK, Michael Patrick Kane is a New York City-based film and theater actor. Some of Michael's on-screen credits include The Judge (2014), Saving Borshia (2015), Central Intelligence (2016), The Triangle (2012) as well as short films touring the festival circuit. Michael has experience working in theater, studio films, national commercials, web-series and television pilots. He studied improv from the Upright Theater Brigade in NYC and has taught acting at SOCAPA NYC for the last six years. Michael recently moved back to the NEK and is teaching acting at NVU Lyndon as a guest instructor.

Jim Lantz is an award-winning filmmaker and playwright who has been writing and directing film and theater work for over 20 years. His Kickstarter-funded documentary, VERMONT AND THE BRIGHT GREEN NOTHING about a Vermont trademark conflict over the phrase “Eat More Kale” premiered in Burlington this past November. His documentary short film THE SIGN was commissioned by, and published in, The Guardian and won the Best Documentary Award at the 2016 Boston Short Film Festival. Jim, who lives in Burlington, VT is currently preparing the short film “A JUDDERING” to compete on the national film festival circuit.

Make a film in 72 hours and win prizes!

No matter what camera you use or your experience level, make a film that includes the list of required script elements, upload your film to YouTube, and share the link with us before the 72 hour clock runs out to be entered into the running for cash prizes and scholarships!

Participate From Anywhere!
Your On Location

You’re on location, and your family’s your cast and crew! Tap Into Film allows any family or youth team to compete in a global online film competition with cash prizes and scholarships.

Even when participating remotely, filmmaking is collaborative, and there’s an entire online community eager to help! Check out all the videos at our online learning center.

How does it work? 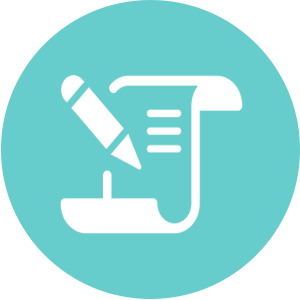 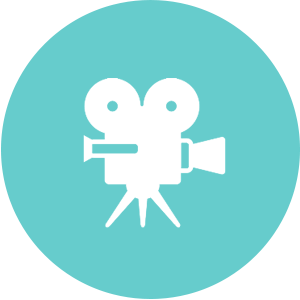 Shoot and Direct your film! 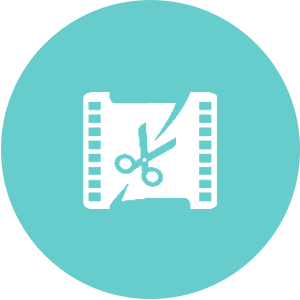 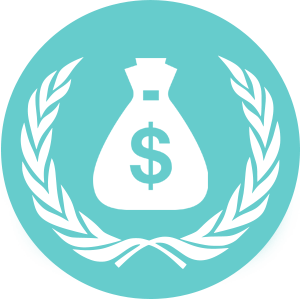 Win Prizes and watch the films!

Do it all in just 72 hours!
Read all Event Rules

Family Teams led by one or more "Experienced Filmmakers" (If you’ve made films before or you’re in film school, you probably belong in this bracket)

Amateur Family Teams with no or limited filmmaking experience and/or teams led by Youth Filmmakers (14yo or younger).

Periodically, leading up to the event, we will release a new required script element for your film to include. In the past these have included props, sound clips, lines of dialog, and genre. Follow us on Instagram and sign up early to get the latest releases and get a leg up on the competition.

[Family Fun Bracket]
$500 Cash and a $1,000 Tuition Scholarship to any SOCAPA Filmmaking Intensive 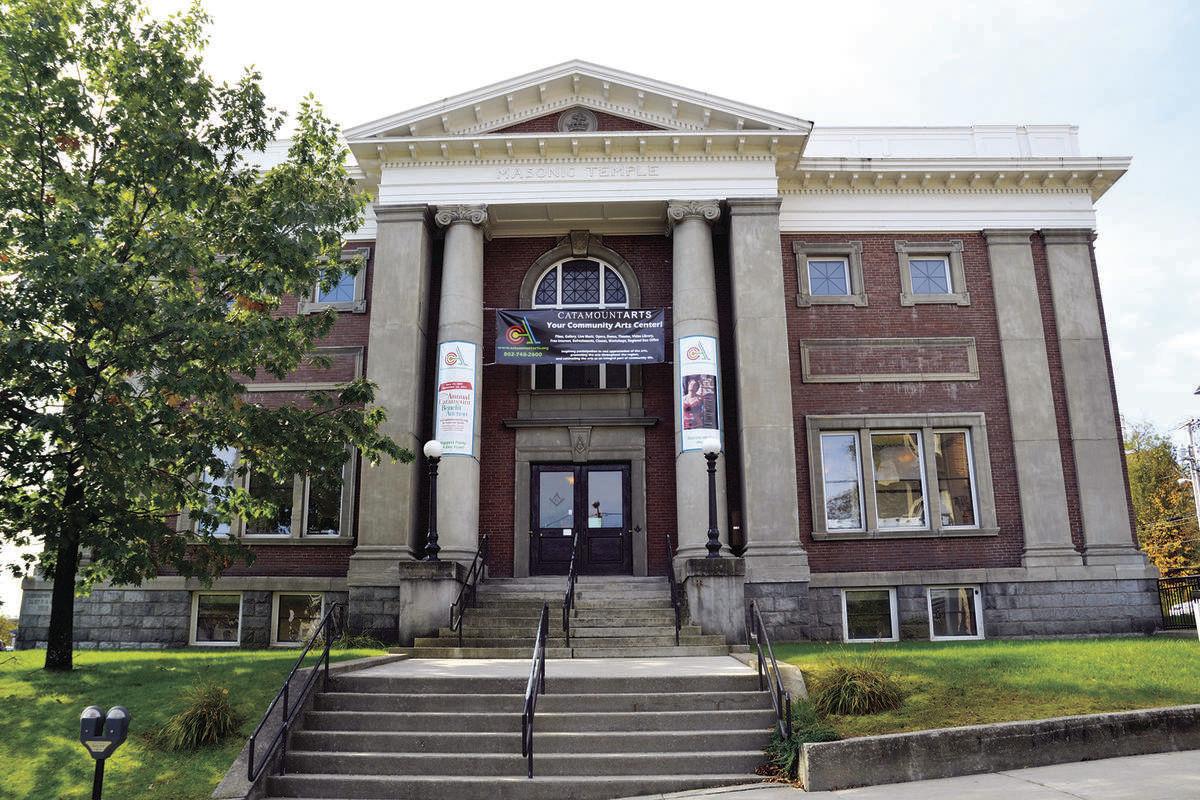 ACTION! to save the Arts

Since 1975, Catamount Arts has presented world-class performances and independent films to Vermont’s Northeast Kingdom. Promoting arts as the heart of community, Catamount offers classes, camps, and workshops to kids and adults; performance and exhibition opportunities to local and national artists; and a regional box office for 40 Northern New England arts organizations. Catamount produces the KCP Performing Arts Series, First Night North, and the Levitt AMP St. Johnsbury Music Series, and is thrilled to partner with SOCAPA once again for the Tap Into Film 72-hr Film Slam.

Teams must have at least one member under the age of 21.

The spirit of Tap into Film and Slam the Curve is to make a film while staying safe. Make your films responsibly under your local health guidelines.

Films must include the three required script elements (TBD) and the genre that you must draw on your team page anytime after Thursday, May 5 @ 6:00 pm EST.

Final films should be 1 to 3 minutes in length. All films must be produced, edited, exported and submitted during the 72-hour period. Films submitted after the deadline will not be elligable for prizes, but can be hosted on the watch page.

Final films must include: A beginning title card with: The film’s title, “Made for the Tap into Film 72 Hour Online Family Film Slam”, genre, the team name, and the names of all team members.


These required segments will not count against the film’s total running time.
All films must be submitted by Sunday, May 8 @ 6:30 pm EST via your team page. https://www.socapa.org/tapintofilm/login

All films must be PG. Basically: don’t produce anything you wouldn’t want your grandmother or younger siblings to see. Prohibited content includes (but may not be limited to) drug use, sex, graphic violence, and defamatory statements. Additionally, no copyrighted materials should appear within students’ films. If any of these rules are broken, the films will be disqualified at the sole discretion of the Film Slam judges. Any assigned props/locations/themes must be used in the film.

Use what you have - cellphones are great! Keep it simple.

Alex has been working with Catamount Arts to co-direct the 48 Hour Student Film Slam since the start of the event seven years ago. A Burlington, Vermont native, Alex has a passion for telling stories. He teaches filmmaking full-time at St. Johnsbury Academy and is the Academy’s Lead Video Marketer. He has worked on documentary and narrative films, as well as commercials. Alex has worked alongside directors Alma Har’el, Jamie Yerkes and Bess O’Brien. Alex has well-rounded experience behind the camera, editing, producing and directing; which he is particularly drawn to. Not only does he love making films, but he strives to share his passion by teaching and inspiring the young storytellers he works with each day.

A Vermont cinemtographer, editor and Technical Director for SOCAPA's summer programs, Patrick is the man behind the curtain at Tap Into Film. Working with Vermont filmmaker, Bess O'Brien, Patrick has been prinicple camera on four feature documentaries and numerous short films. He has also edited several feature documentaries and one narrative feature. [patrickrobertkennedy.com]

"How the West Should Have Been Won"
Team: Like Herding Catamounts


TAP INTO FILM would not be possible without the generous support of our sponsors. Please email Jody Fried at jfried@catamountarts.org if you would like to become a sponsor. 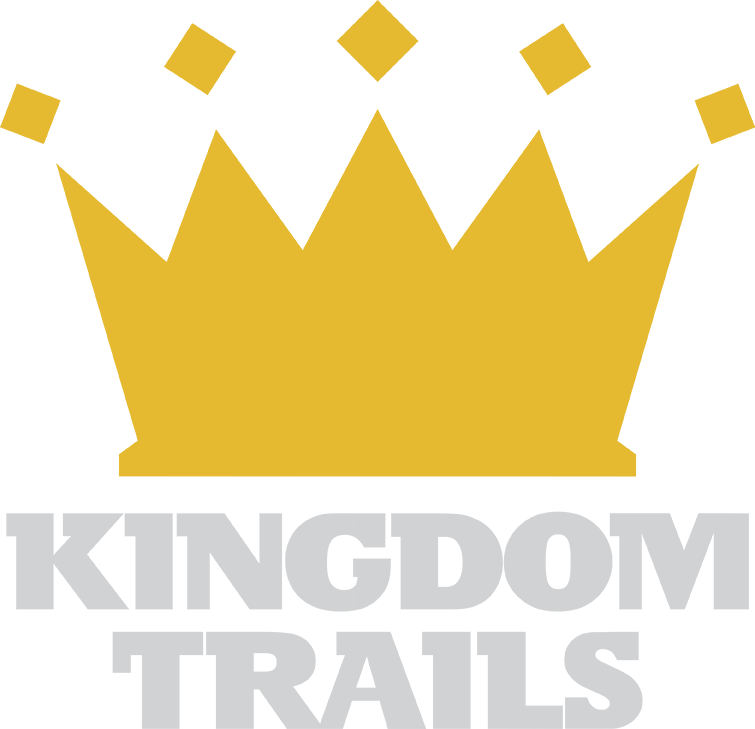 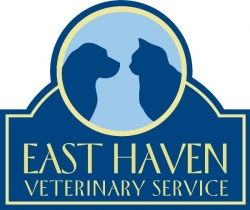 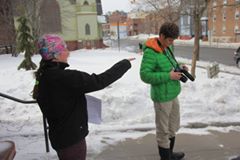 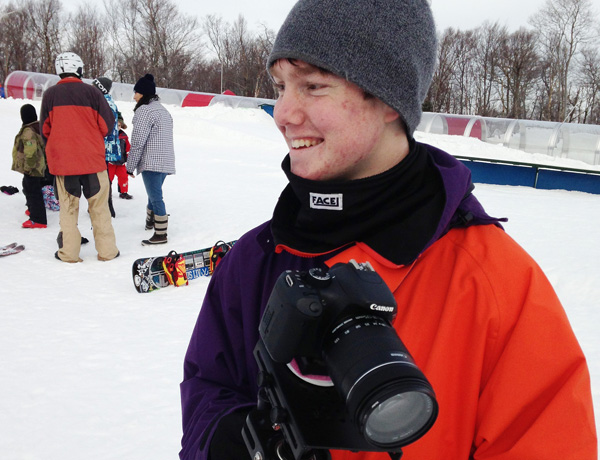 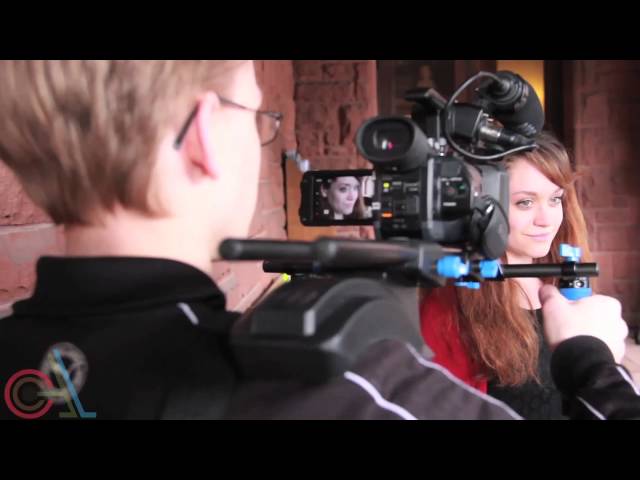