Core Filmmaking is SOCAPA's most popular summer film camp intensive. Equivalent to a college level introduction to filmmaking course, Core Filmmaking is a fun, hands-on introduction to narrative filmmaking that challenges students to write, directs and edit their own films. Each young filmmaker also has the opportunity to work as a Director of Photography, Sound Technician, or Production Assistant as they crew on their classmates' films.

Most students take the course for the full three weeks but there is also a shorter two week option where they do not make the final "Kubrick" project.

Or make it a Plus Program by adding a week or more of SOCAPA's screenwriting and producing workshops to the front end of our regular Core Filmmaking Program. Plus filmmaking students get substantially more time to develop their ideas, write their screenplays, and prepare for their upcoming productions.

Learn about Core Film Plus
Write, Direct and Edit your own films!

Filmmaking is best learned through experience and only improves with practice. The experience of making a film is different every time and therefore presents endless opportunities for learning and experimentation. Each film project poses a different and progressively more complex challenge, providing students with the chance to quickly build on their skills and grow as filmmakers. By making a film a week SOCAPA students become familiar and skilled at the process and production required to make a movie, knowledge they can take home with them and continue to apply to future films and other creative projects. 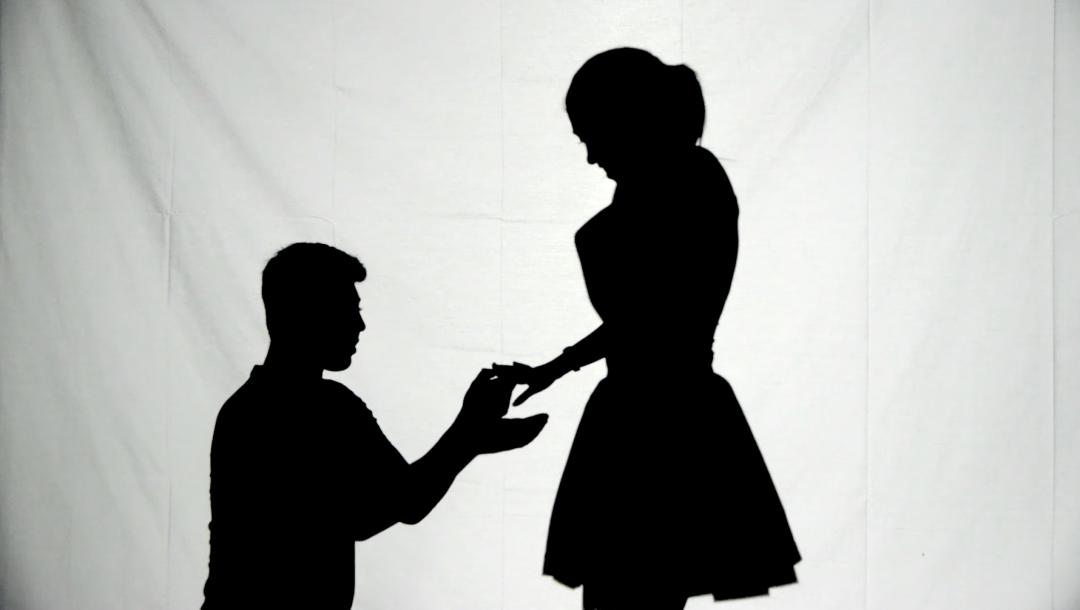 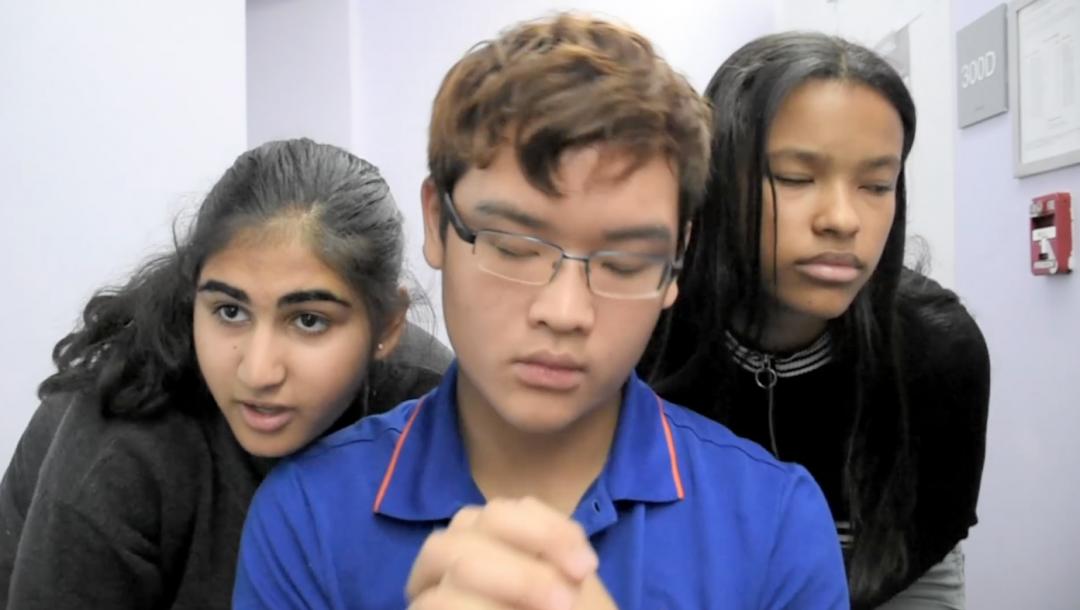 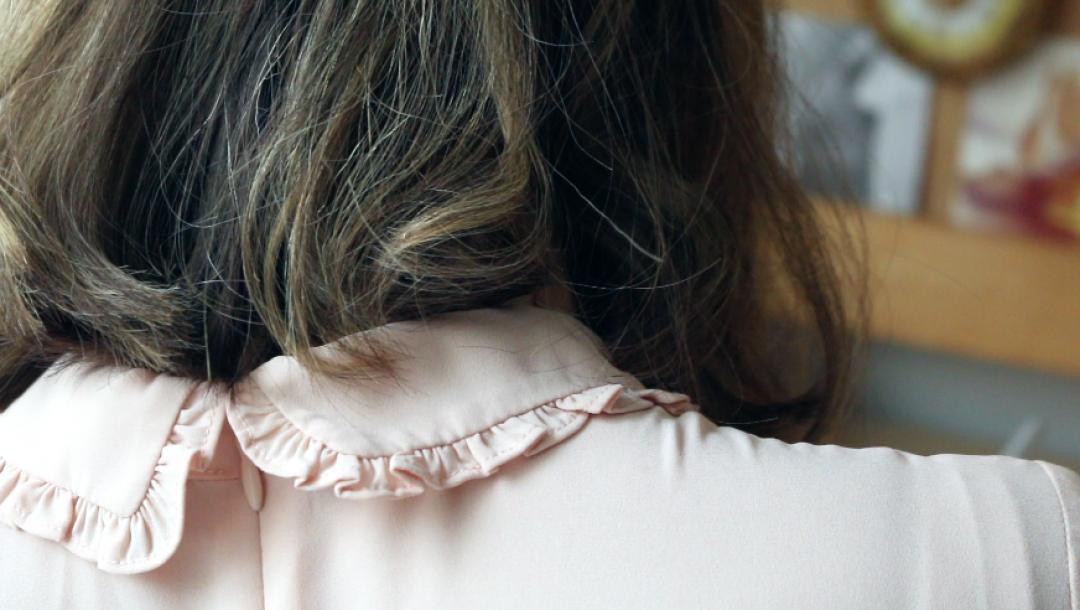 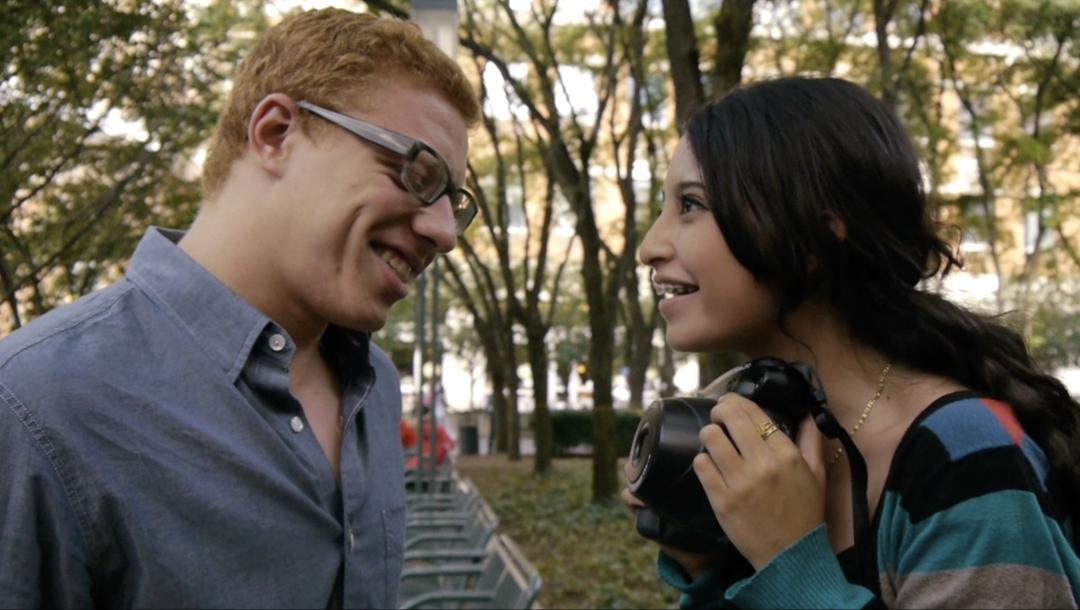 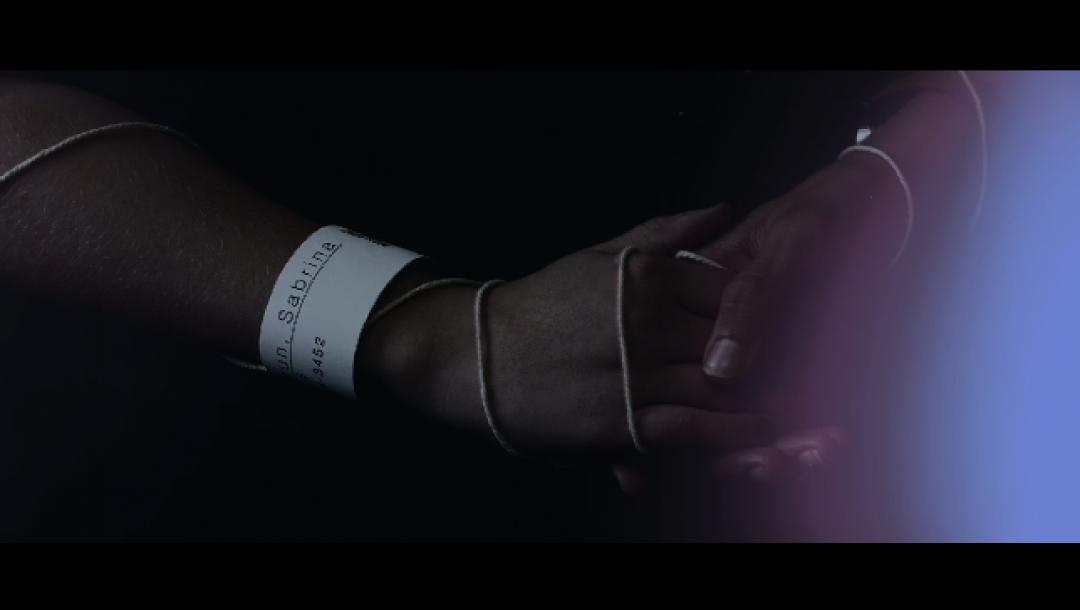 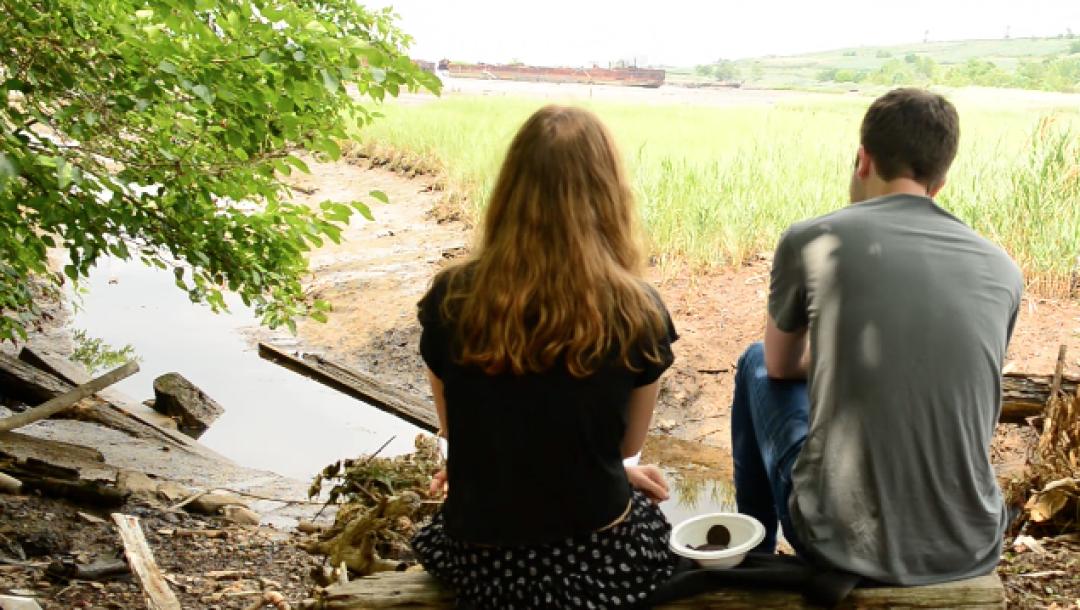 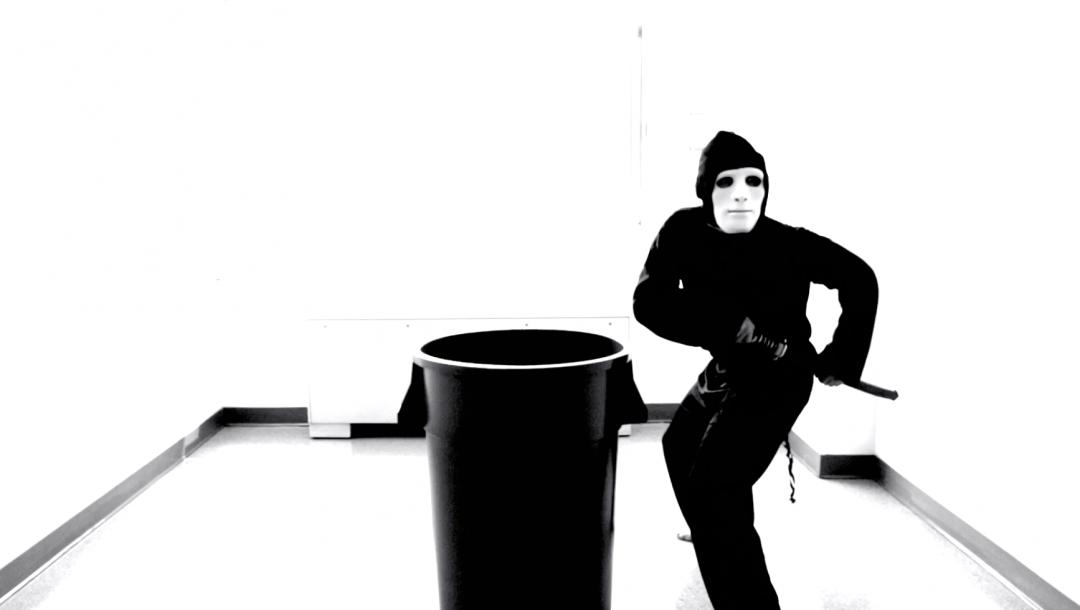 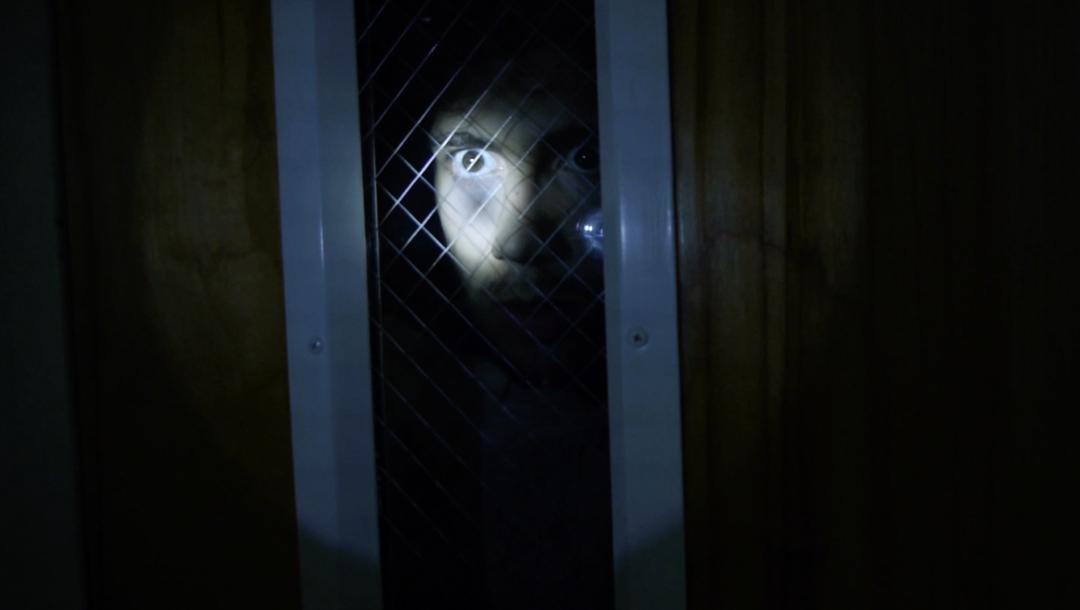 Watch More Short Films
Curriculum & Schedule:
The first two days of the program are spent learning the fundamentals of filmmaking with separate classes in screenwriting, directing, producing, cinematography and sound recording. By midweek, students are "in production" making their first film, a single-shot group film called the 'Lumiere Film.' Crews of three to five students, accompanied by actors in the acting program, are supervised by an accomplished production instructor who helps guide the crew through the filmmaking process and ensures everyone's safety.
Once the film is "in the can," students take post-production classes in editing and sound design. Each film is critiqued in class by the filmmaking instructor and screened in the theater for the entire camp at our weekly Friday Night Showcase.
WRITING & DIRECTING

Monday and Tuesday, in the mornings, SOCAPA film students take their main Writing and Directing classes. In Writing class, students generate ideas, learn fundamentals of three-act structure, and workshop their scripts. In Directing class, they learn the basics of film language, camera placement, and shot construction.

In the afternoons, students take technical camera and sound classes. In Cinematography class, students are introduced to the digital cameras that they will use. After in-class demonstrations, students conduct exterior shooting exercises and then come back and review the footage in class. In Sound class, students discuss the best strategies for recording high quality production audio and learn to use handheld audio recorders, a variety of microphones, and production slates.

Strongly emphasizing the importance of well-developed scripts and pre-production in successful filmmaking, SOCAPA’s Plus programs add a week or more of screenwriting classes and producing workshops to the front end of our regular Core Filmmaking and Advanced Filmmaking intensives.

The screenwriting intensive provides a space for students to write, re-write, and revise scripts within a structured environment, giving them the time to carefully and thoughtfully craft the stories they will go on to produce and direct during their Core Filmmaking course. Students receive instruction on conflict and character development, writing techniques, and story structure. Campers in longer programs also do a group screenwriting project that is written, directed by, starred in, and edited by the entire class, allowing them to see how their own original project translates on set.

Following the screenwriting intensive, Core Filmmaking Plus students have the opportunity to produce, direct, and edit their screenplays with the help of their fellow filmmaking peers. Students take separate classes in directing technique, producing, cinematography and sound recording in order to complete one of their films each week from this point until the end of the program. By midweek, students are "in production" making their first films in small crews along with actors from our acting program. When not directing their own work, students crew for one another's films, rotating between the roles of Sound Technician, Director of Photography, and/or additional actors. Each crew is supervised by an accomplished production instructor who helps guide the director and crew to ensure a safe and successful day of shooting.

SOCAPA offers the immediate opportunity to learn the most recent advancements in digital technologies. In the Core Fimmaking intensive, students will be using state-of-the art 4K video cameras. All students are encouraged to edit on Adobe Premiere Pro, the current industry standard (students with experience editing in other software may consult their film instructor for permission to use an alternative editing system).

Core Filmmaking also introduces students to the Hollywood method of dual-system, sync-sound production where the image and the sound are recorded by separate crew members, the cinematographer and the sound recordist. Students will learn how to use professional audio recorders and production slates on set, and learn to 'sync' their audio in post.

In a single shot of up to two minutes, a group of students tell a simple story with a clear beginning, middle, and end. The project takes its name from the first films by the 19th-century pioneers of early cinema, Pierre and August Lumière. The focus, here, is on mise-en-scène, an essential concept in the art of filmmaking. Students are challenged to carefully arrange all the elements that appear within the shot itself - camera movement, composition, blocking of actors, props, and lighting - to most effectively and creatively tell their stories.

Edwin Porter was one of the first filmmakers to consider the possibilities of editing shots together in a continuous fashion. He led the way in creating the illusion of "continuity," where material shot over the course of days or weeks looks, once it is cut together in sequence, as if it all flows together over the course of minutes. His famous film, The Great Train Robbery, is the inspiration for this second film, where students explore the same issues Porter faced, and make a 3-4 minute film that focuses on continuity. Students have four hours to shoot this film and one day to edit.

Perhaps the greatest and most innovative filmmaker that America has produced, Stanley Kubrick made one masterpiece after another over his five decade career. He set the standard for cinematic excellence in a multitude of genres, combining staging, lighting, set design, acting, and editing to create a radical new vision of what film can do. With films such as "2001: A Space Odyssey," "Dr. Strangelove," "Barry Lyndon," "Lolita," "The Shining," and "Full Metal Jacket," Kubrick proved himself again and again to be a master of his craft. For their third film, a 4-5 minute project, we challenge SOCAPA students to take everything they have learned in the previous weeks and to forge their own masterpiece. Students have a full day to shoot this film and two days to edit.

SOCAPA has two summer camp locations in Vermont: one at Champlain College, situated in the picturesque city of Burlington, and the other at the Burke Mountain Hotel in East Burke, a summer haven for mountain biking and other outdoor sports.