Advice On Applying To Film School 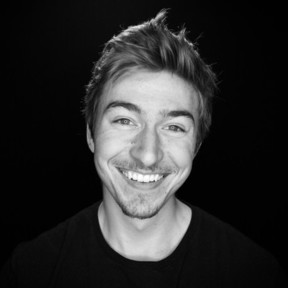 "Definitely a great atmosphere, relaxed people, and everyone (I mean literally EVERYONE) is creative in some way."

We asked SOCAPA alum and Emerson student Alex Monto for his advice to high school filmmakers preparing for college.

What college programs did you consider attending, and what made you pick Emerson? What do you feel makes your program unique?

Chapman (top pick): Deferred, Denied University of Columbia Chicago: Accepted Loyola Marymount: Accepted, require change major UCLA: Denied NYU: Waitlisted, Denied Quinnipiac: Accepted, scholarship And then there was Emerson, who deferred me from Early Action to Regular pool, then waitlisted me. To be honest they really didn’t want me — plain and simple. And that chip really drove me to kick ass out of the gate. I had accepted to Quinnipiac as soon as they offered scholarship, then rethought it and almost changed to UC Chicago. But then Emerson finally accepted me, so I instantly accepted it. I attended the pre-college film program here at Emerson in junior year of high school, so I knew what college was vaguely like here. Definitely a great atmosphere, relaxed people, and everyone (I mean literally EVERYONE) is creative in some way. I haven’t met a single person not creating in a certain aspect. The environment just fuels it, whether in class or outside of class. VMA program is unique because it primes us to learn and apply film skills on and off set. It trains students on the creative side, the production side, and the history side. We learn 8mm/16mm cameras and study film history, as well as learn modern cameras and study modern films. It’s an interesting blend that gives a general understanding of filmmaking as an entirety. As with any field of study, I would always recommend studying further outside of class via youtube, vimeo, lynda, and applying the practice.

What was the application like for Emerson? Did you need to submit a portfolio or attend an interview?

Emerson was pretty smooth for the most part. It only required applicants to submit short film or screenplay, or some photography or audio work. I just submitted a short film that I was specifically proud of. That alongside the common application. They just want to get a sense of your creative mind. No interview required. To be completely transparent, I was terrified of college interviews. I was not confident enough to sell myself. This fear of interviews actually lead me to not apply to USC specifically because it required interview in the application process, and I figured I had zero chance. Interviews are definitely a skill I would go back and work on; communication is the most important skill to have in life.

What suggestions do you have for others working on building their portfolios?

Shoot, write, record, create. Whatever makes you tick, just do it. If you really want to do this for a living, you should have absolutely no problem doing it for fun. 2017 is about creating content — and 2018 will be too. This is the absolute perfect time to get into video production. Advice on building portfolio work specifically: 1. Monday: Spend 30 minutes thinking of a script idea. 2. Tuesday: Take 30 minutes critiquing it with your best friend because best friends are the most honest 3. Wednesday: Spend another 30 writing the revised idea 4. Thursday: Spend 30min asking a few friends to join and planning out the shoot 5. Friday, Saturday, and/or Sunday: Create the video. Rinse and repeat. It doesn’t take weeks and $10,000 to make something inspiring — just half an hour here and there. If you need a camera, use your cell phone. These phone cameras are more powerful than cameras 10 years ago that costed 10x as much. My single piece of advice is just create. Get past your mental boundary of thinking it. Do it. It doesn’t need to be perfect. No film is perfect. But somebody has to do it — and whatever it is, film, script, photo, book, just do it. You have ideas: make them happen.

What do you feel you've learned at Emerson so far? Can you describe your relationship with your professors?

Emerson is great for learning more about the overall concept of filmmaking as an art form. I’ve learned a little bit about everything, but the classes have been second-priority for me. The most important part of Emerson and the thing that’s taught me the most is 1. Creating films outside of class and 2. Networking. Mid-2016 I launched a production company called CQ that got picked up to produce a $650,000 feature length documentary deal. I left the company due to business disagreements, and now I’m operating freelance-style and outsourcing where needed. Emerson didn’t teach me any of this in terms of operations, logistics, client management, or the business side of video production. However, I wouldn’t have met my original business partners without attending Emerson and working with them on student film sets. The most important part of Emerson for me is the people. This is where being empathetic and outgoing has its perks. Meeting people can change your life, so I would say be nice, be open, and DM (direct message, texting for social media) everyone you want to chat with. Professors have generally been polarized with me. They either really like me or really dislike me. Very few in between. And this is a matter of mutual respect. If they don’t show respect, empathy, or any sign of being a living breathing human being to me, I lose respect. On the other hand, professors who exist for positivity, to inspire, or even show a general willingness for any students success, that’s when I respect them. This has generally guided my relationships with professors. I’m not very close with any specific professor due to my general detachment from college life, but retrospectively I would have liked to find a mentor here. So far none of the professors have blown me away, but they’re mostly on the positive side. This correlates with my relationships with the professors.

Do you have (or expect) opportunities for internships or other connections into the film industry at Emerson?

So far I haven’t had any internships. I’ve relied solely on bootstrapping, my amazing peers, and a healthy dose of caffeine. I’m moving out to LA in about 10 weeks to attend ELA (Emerson LA) for my final semester. This program requires an internship so I’m currently looking through internship opportunities for spring semester. The Emerson Mafia is real by the way. There’s even a Facebook group where I’ve gotten connected to a good handful of clients from; there’s great people always posting opportunities on there. I even hire people from there too. Like I said earlier, Emerson is a networking beast. We genuinely love hiring each other.

Are you working on any filmmaking or screenwriting projects now? Tell us about them!

Right now I’m wrapping up a few awesome commercials for different Boston companies. A documentary I made last year out in Catalina Island about spearfishing (called Nomad: A Spearfishing Documentary, check it out on Vimeo!) recently got into a few festivals, so I’m pretty excited to hear about that. Besides this, just taking things one day at a time. Looking into digital advertising and content creation, I think this is the future of video for so many creators out there now. And VR/AR — I guarantee you VR is going to blow up in the next 5 years, everyone is going to have a Google glass or some AR device. Always trying to stay ahead of the curve and stay creatively driven. There’s so many opportunities out there outside of traditional films and it’s up to us creatives to seize them!!